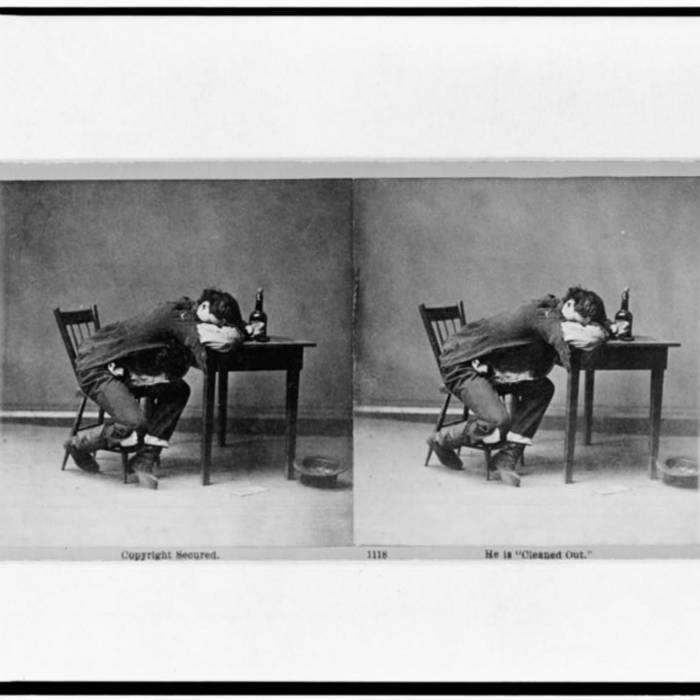 A song in which a pub-going shearer finally finds a drink that is strong enough. This version was collected by A.L. Lloyd from Old Dad Adams of Cowra, NSW, and re-printed by Warren Fahey, but in other versions the shearer may be named "Billy Brink" (Fahey, W., 1984, "Eureka - the songs that made Australia", Omnibus Press, Sydney).

There once was a shearer, by name Bluey Brink,
A devil for work and a devil for drink.
He could shear his two hundred a day without fear,
And drink without winking four gallons of beer.

Now Jimmy the barman, who served out the drink,
He hated the sight of this here Bluey Brink.
Who stayed much too late and who came much too soon;
At morning, at evening, at night and at noon.

One morning when Jimmy was cleaning the bar
With sulphuric acid he kept in a jar,
Along came Old Bluey bawling with thirst,
“Whatever you've got, Jim, just hand me the first.”

Now, it ain't put in history, and it ain't down in print,
But Bluey drank acid with never a wink,
Saying, “That's the stuff, Jimmy, why, strike me stone dead,
This'll make me the ringer of Stevenson's shed.”

Now all the next day, as he served out the beer,
Poor Jimmy was sick with his trouble and fear.
Too worried to argue, too anxious to fight,
Seeing the shearer a corpse in the night.

But early next morning as he opened the door,
And along came old Bluey howling for more;
With his eyebrows all singed and his whiskers deranged
And holes in his hide like a dog with the mange.

Says Jimmy, “And how did you like the new stuff?”
Says Bluey, “It's fine but I ain't had enough.
It gave me great courage to shear and to fight,
But why does that stuff set me whiskers alight?”

“Well, I thought I knew drink, but I must have been wrong,
For that stuff you gave me was proper and strong.
It set me to coughing, and you know I'm no liar
But every damn cough sets me whiskers on fire.”